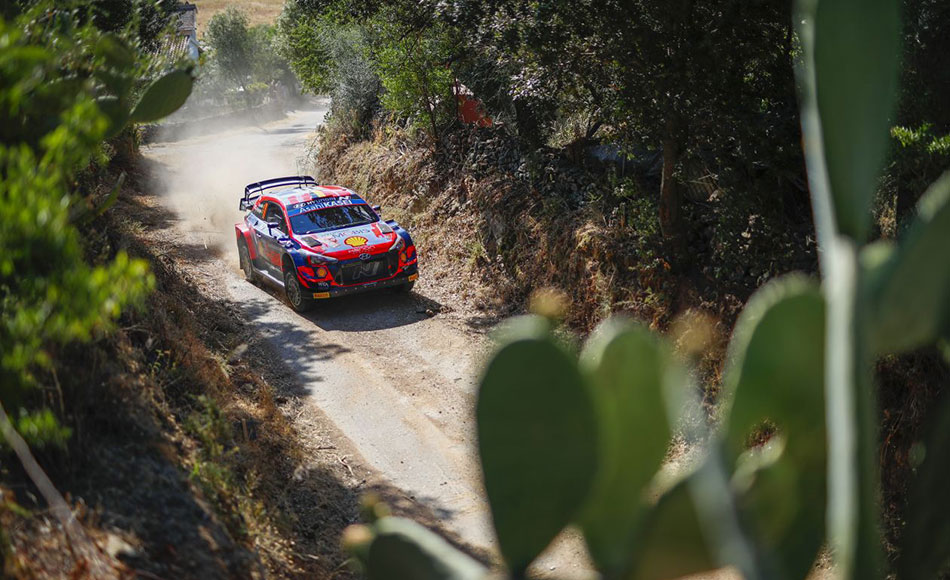 Thierry Neuville topped shakedown this morning ahead of Rally Italia Sardegna. The Belgian’s best time was 9 tenths of a second faster than his team-mate Ott Tänak in P2.

Championship leader Sébastien Ogier was fastest after the first two runs despite being first on the road. Ogier ends shakedown fourth fastest, just two tenths behind Teemu Suninen who is back behind the wheel of the Ford Fiesta WRC this weekend.

Winner of the last two editions of Rally Italy, Dani Sordo, was fifth fastest for Hyundai. Kalle Rovanperä couldn’t start in shakedown initially due to a power steering failure a few minutes before starting the stage. The Toyota-driver returned to service to fix the issue. It was later confirmed that Toyota changed the steering rack and steering pump of the car. Rovanperä returned to shakedown in order to do the required three runs. In the end, the young Finn set the sixth fastest time, one tenth behind Sordo. Elfyn Evans ended shakedown in seventh, setting the same pace as Rovanpeä in his last run.

Gus Greensmith, who competes for an one-off rally with Stuart Loudon next to him in the co-driver’s seat, was eight fastest. Pierre-Louis Loubet, who crashed out in SS1 last time out in Portugal, was ninth in his Hyundai World Rally Car. Japan’s Takamoto Katsuta completed the top ten.

Citroën C3 Rally2 drivers Mads Østberg and Nicolas Ciamin topped the timesheets in WRC2 and WRC3 respectively. Østberg was three tenths faster than M-Sport’s Adrien Fourmaux. Andreas Mikkelsen, who is back this weekend after being ruled out in Portugal two weeks ago, set the fifth fastest time in WRC2 with only one run through the 2.89 km long stage.