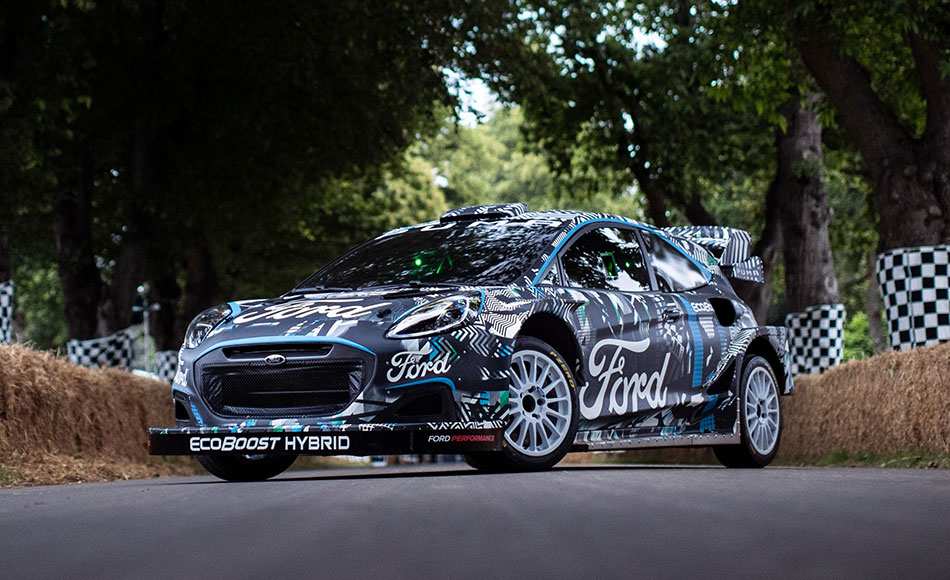 World rally cars produced and developed by M-Sport were based on Ford Fiesta road car models for two generations in a row since the introduction of the 1.6-litre turbocharged engines in 2011. However, Ford and M-Sport opted to base next years challenger on the Ford Puma compact SUV which ”reflects to Ford’s commitment to going all-in on electrification”.

The prototype will be demonstrated at Goodwood this weekend, driven by Adrien Fourmaux and Matthew Wilson.

“The new era of WRC cars is one of the biggest technological advancements in WRC to date. The introduction of the hybrid means that the cars will be more powerful than ever whilst also directly reflecting the powertrains within their road going counterparts.” said Malcolm Wilson, M-Sport managing director.

Wilson added: “The switch to the Puma is very exciting with the name already having rally heritage, the car looks fantastic and I cannot wait to see it at the start line of the famous Monte Carlo Rally in early 2022.”