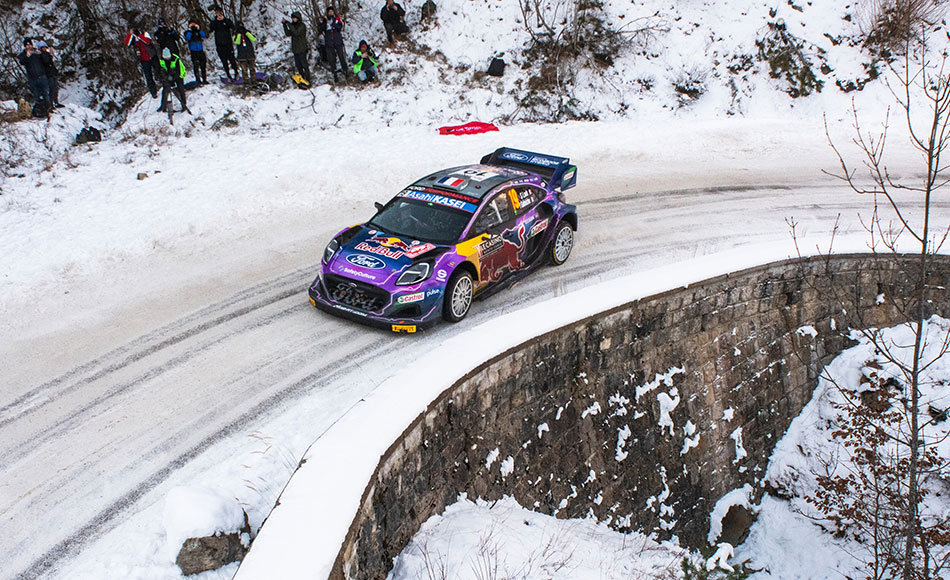 Sébastien Loeb has claimed his 80th WRC victory at Rally Monte Carlo after a dramatic final day. The nine-time WRC champion won the rally by 10.5 seconds over Sébastien Ogier and is the first driver to win a rally with a hybrid powertrain.

Ogier had a 21.1-second advantage over Loeb leading into the final day of the rally. Loeb won the opening stage by 1.1s over Ogier to reduce the gap to 20 seconds. In SS15, Ogier reacted and increased the gap by 4.6 seconds to 24.6 seconds overall.

Thierry Neuville won SS15 to claim Hyundai’s first stage win of the season. It means that all three new Rally1 cars have won a stage this rally.

Disaster struck for Ogier in the penultimate stage as he punctured his front-left tyre and lost 34.1 seconds to Loeb who took the stage win in SS16. It meant that Loeb now led the rally by 9.5 seconds with only the final Power Stage to go.

Loeb wins the rally with a 10.5 second margin with Ogier’s penalty applied. It’s Loeb’s 80th World Rally Championship victory and his first win without Daniel Elena next to him reading the pace notes. It means that Isabella Galmiche wins her first WRC win.

Ogier’s jump start penalty means that Kalle Rovanperä takes the five maximum points from the Power Stage. The young Finn therefore sits third in the championship behind Loeb and Ogier is likely to be first on the road in Sweden next month as it is expected Loeb and Ogier won’t compete the event.

Breen ends the rally on the podium and holds fourth in the championship, two points behind Rovanperä. Gus Greensmith backed his first WRC stage win on Friday and finishes the rally in fifth ahead of Hyundai’s Thierry Neuville and WRC2 winner Andreas Mikkelsen.

In the Manufactures’ championship, it’s M-Sport that leads the way after the first event with 42 points. Toyota is second, just 3 points adrift from the British squad. Hyundai leaves Monaco with 13 points on the board.

WRC 2022 Manufacturers’ Championship standings after Round 1/13