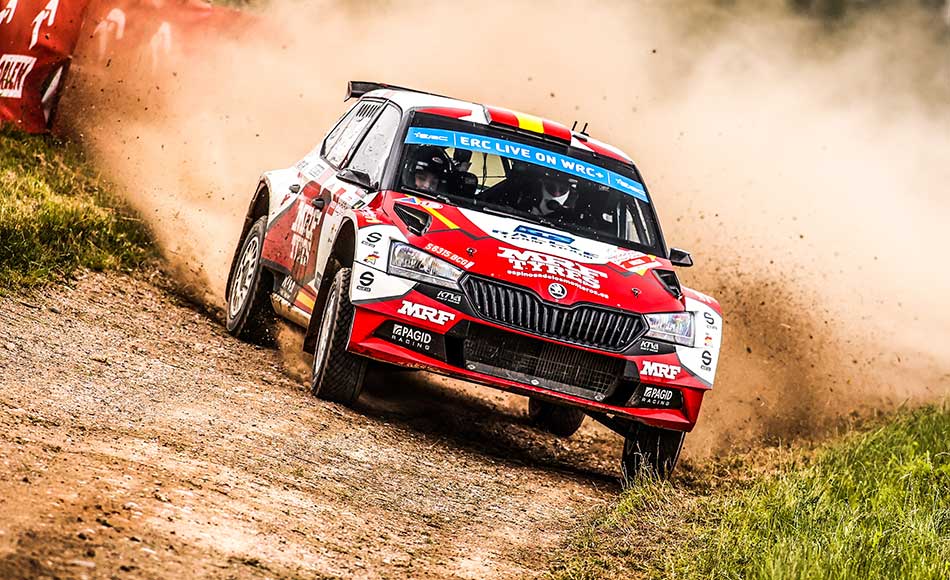 Llarena has won the 2022 ERC title before the action starts at the upcoming seventh round of the champion at the Barum Rally this weekend.

Simone Tempestini and Nil Solans were the remaining competitors who could catch Llarena for the title with two rounds to go.

Solans didn’t enter the Czech encounter this weekend and Tempestini’s late withdrawal from the penultimate round of the season means that Llarena and co-driver Sara Fernández are the new champions.

“I have no words,” said Llarena. “It’s a dream, a dream which started four years ago when we were the first crew to compete in the ERC with the colours of Rally Team Spain. We achieved the ERC3 Junior championship and also the ERC3 championship and now, to get the overall title, it’s fantastic,” the Spaniard added.

FIA ERC manager Iain Campbell confirmed the championship made ‘every effort to ensure Tempestini’s participation at the Barum Czech Rally Zlín’: “On behalf of WRC Promoter and the FIA ERC, I’d like to pass on my congratulations to Efrén Llarena and Sara Fernández on becoming our 2022 champions. They have performed exceptionally all season.”

“We actively pursued all opportunities to guarantee Simone Tempestini’s participation in the event. We did this to ensure our full support for the rally and for the championship,” Campbell said.

“Unfortunately, despite our endeavours, Simone could not be persuaded to start the rally, although he hopes to compete at the final round in Spain.”