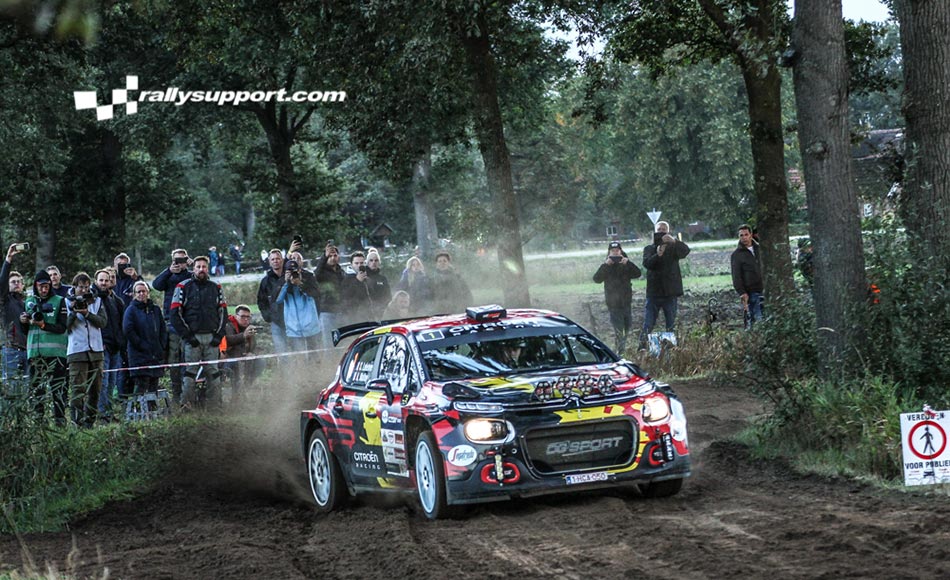 Stéphane Lefebvre has won the Hellendoorn Rally, round five of the 2022 Dutch Rally Championship, beating Hans Weijs to take his first rally win in the Netherlands.

The Netherlands’ biggest rally was again a two-day event after two covid-years. Six stages were on the programme on the Friday evening, followed by 10 stages on Saturday.

Hellendoorn is known for its relatively large number of unpaved stages in the rally, this year the percentage of unpaved was around 14%.

An entry list was led by former JWRC champion Stéphane Lefebvre. The Frenchman is driving the Belgian championship this year and is well on his way to the title as he has won every rally this he has entered so far. His biggest challenger was former JWRC driver Hans Weijs Jr. Weijs won three of the four rallies held in the Netherlands so far this year and is the biggest contender for the national title.

However, there was one driver who had more attention: Jos Verstappen. Frans from all over the country came to Hellendoorn to see the father of the reigning F1 world champion in action at his first rally in his home country. Verstappen Sr. made his debut in rallying this year in Belgium and has so far driven five rallies. 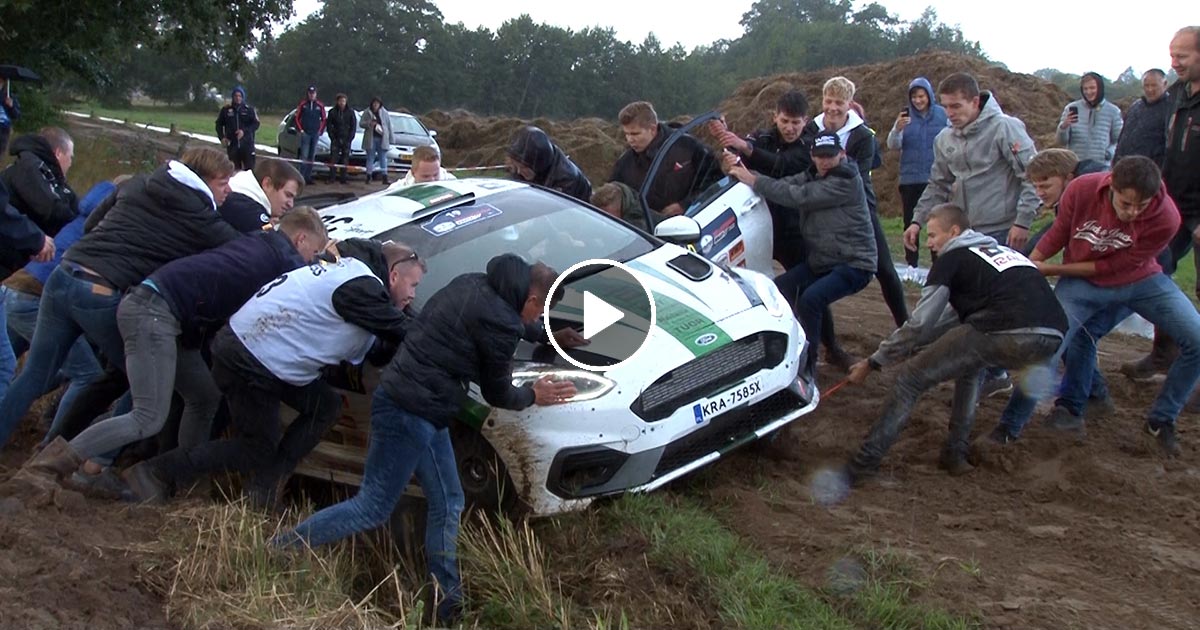 Close battle in the dark

On Friday evening, it soon became clear that the battle for the win would indeed be between pre-rally favourites.

Weijs won the opening test of the rally by a margin of 2.5s over Lefebvre. Then, Lefebvre regained some ground in the following two tests by being 2.1s and 1.9s faster than Weijs in SS2 and SS3 respectively, to lead by 1.5s after the first loop.

On SS5, however, Weijs stalled the engine of his Ford and lost some 9 seconds in the process. The Dutchman couldn’t match Lefebvre in SS4 and SS5 also, resulting in a 13.6-second deficit at the end of the opening day.

On Saturday, tyre choices remained tricky. Showers constantly hung in the air on both the tests at Beuseberg and Markelo. Lefebvre said on Friday evening that he was not at the absolute limit yet as he wanted to make it to Saturday without any problems.

During Saturday’s opening two loops, the Frenchman stepped up his pace by winning both Beuseberg and Markelo passes, increasing the gap to 27.3 seconds after 10 of the 16 stages.

In the last two loops around Ypelo, Hoge Hexel and Hellendoorn, Lefebvre remained untouchable. The former Citroën factory driver again won all these stages. The Frenchman showed his class on his first participation on Dutch soil by eventually winning all but the first SS of the rally.

Hans Weijs was frequently just seconds behind Lefebvre during Saturday’s stages, but realistic that the Citroën driver was a little too fast and consolidated for P2 to score the maximum points available for the Dutch championship.

Jim van den Heuvel said he had hoped for more but still finished on the podium just under three minutes from the winner. Van den Heuvel moved up to P3 after Bob de Jong went off the road on Saturday morning.

Jos Verstappen finished the Hellendoorn Rally in a neat fourth place overall. The Citroën driver said he had a good time but would prefer not to drive stages in the dark: “That’s not something for someone of my age.”

Weijs new championship leader with one round to go

After the Hellendoorn Rally, Hans Weijs is the new leader in the ONRK (Open Dutch Rally Championship) with 149 points behind his name. That is nine points more than Jim van den Heuvel who is on 140. Bob de Jong picks up just two points for starting the rally and moves from first to third place in the championship. It remains to be seen whether De Jong’s title defence will continue in the final round during the Twente Rally after this weekend’s crash.

Gert-Jan Kobus remains fourth and is closing in on De Jong. The Skoda driver now stands on 121 points total, one point more than Jan de Winkel who remains fifth.

Next up for the 2022 Dutch Rally Championship is the the sixth and final round of the championship during the Twente Rally on the 15th and 16th of October.