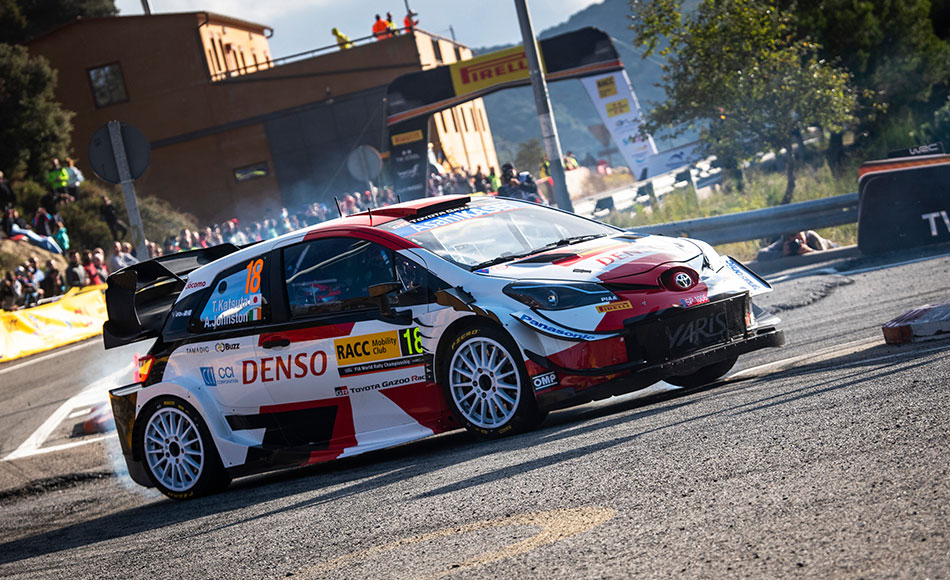 Takamoto Katsuta is forced to retire from WRC Rally Spain on the road section after hitting an armco barrier in the opening stage of the rally.

The Toyota-driver went too fast into a tightening right-hander and hit an armco barrier which damaged the front-left of his Yaris WRC.

Katsuta managed to complete the stage but was not much later forced to retire on the road section.

The 28-year-old reacted to WRC.com: “Unfortunately we hit the barrier. I misunderstood something from the pace notes and I expected an easier corner but it tightened a lot. I am very sorry for the team and Aaron [Johnston – co-driver] because we came here for the speed and unfortunately it ended by my mistake. To be honest I have not much to say.”

It’s yet to be confirmed if Katsuta will restart tomorrow.