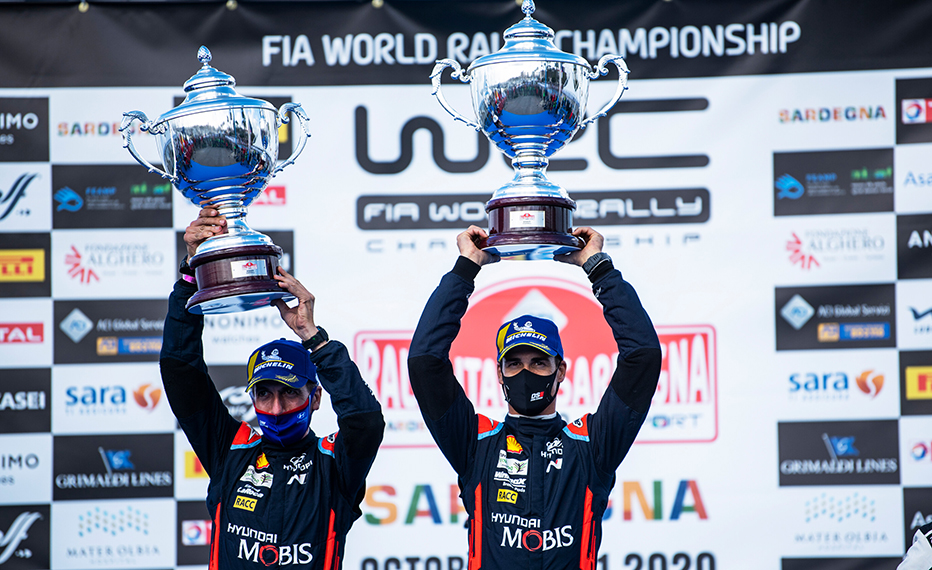 Dani Sordo has kept his Rally Italy win yesterday despite being summoned to the stewards at final scrutineering. The rear subframe of Sordo’s Hyundai was 24.5 grams underweight.

The Spaniard won his second Rally Italia Sardegna to lead a Hyundai 1-2 on the island. All competing Hyundai i20 Coupé WRC’s, those of Sordo, Neuville, Tänak and Loubet, were held in parc fermé for extra checks.

The rear subframe of Sordo’s was to be found underweight. The minimum weight of the homologated part was 9136.5 grams, however the weight of the part on Sordo’s car was 9112 grams.

Hyundai’s team principal Andreas Adamo explained it was a quality control checking error and his team didn’t try to gain a sporting advantage. The Stewards Decision document ended: “Mr Adamo apologised for their lapse in the checking of the weight.”

The team was fined 30000 Euros. 20000 Euros have been suspended subject to no further breach of similar nature at any WRC event within 12 months. Meaning the team have to pay a the remaining 10000 Euros directly.