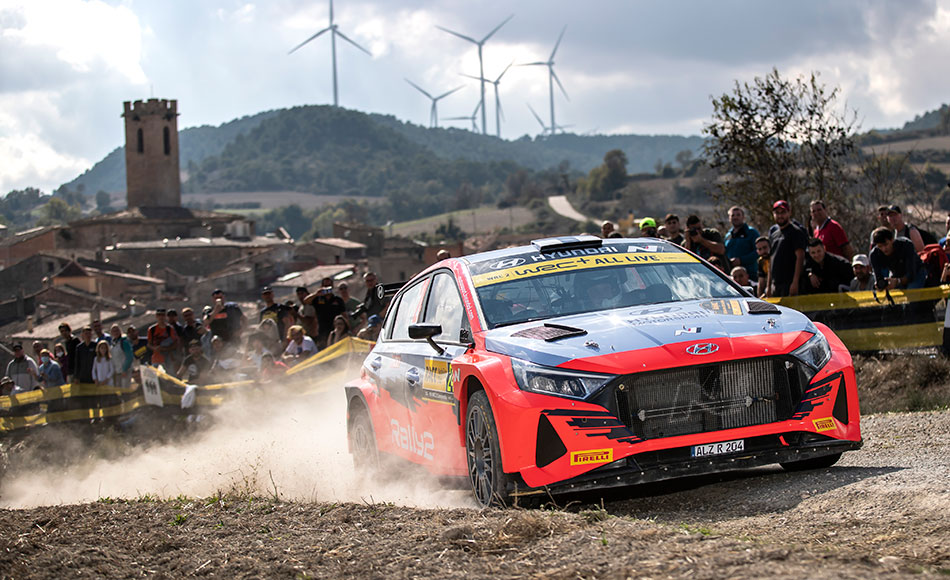 Hyundai Motorsport has confirmed its all-new WRC2 line-up for the 2022 WRC2 season.

Finland’s Teemu Suninen and Paraguay’s Fabrizio Zaldivar will represent the Korean-German team in the WRC’s leading support category. Both drivers will drive with a Hyundai i20 N Rally2 on seven rallies this season. The cars will be run by the Estonian RedGrey Team.

Suninen split with M-Sport mid-season in 2021 and debuted for Hyundai’s WRC2 squad at Rally Spain with P2 in the category at the end of last season. The Finn also made an outing for Hyundai’s WRC team as he deputised Ott Tänak at the final rally of 2021 at Rally Monza. The six-time WRC2 rally winner said: “I am very excited to team up with Hyundai Motorsport again and contend a full WRC2 season with the Hyundai i20 N Rally2.

Mikko [Markkula] and I have already had a small taste of what to expect with our outing in Rally de Espa`ña last year, where we finished second. For me, the opportunity to take part in regular testing and play a role in the development of the car was the reason why this was an attractive offer for this year.”

Zaldivar makes step up to WRC2

Fabrizio Zaldivar makes the step up to the WRC2 after competing in six events in the WRC3 last year. The 21-year-old will compete with the experienced Carlos del Barrio alongside him in the co-drivers seat. He said: “This is the most important moment in my career so far. Joining a manufacturer and having access to a wealth of support and experience is every driver’s dream. My goal is to perform consistently in every rally; it will take some time to get up to speed with the car, but I want to create a momentum that will see me improve throughout the season.”

Josh McErlean and Grégoire Munster will also compete a full seven-round WRC2 campaign with the i20 N Rally2 as part of Hyundai’s Customer Racing Junior Driver’s programme. Frenchman Nicolas Ciamin is also part of the Junior Driver programme and will compete in the French Tarmac championship.