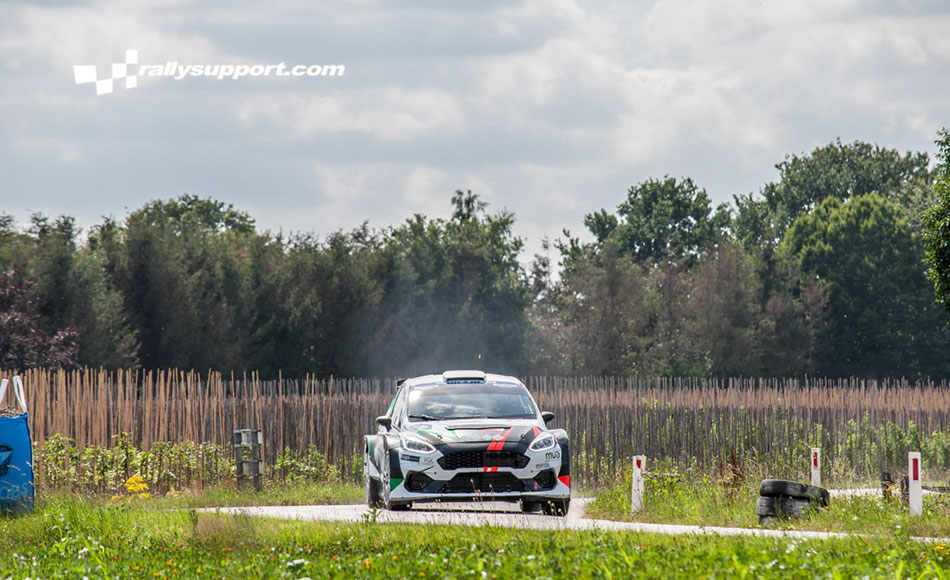 Hans Weijs took his third win of 2022 at the GTC Rally from Bob de Jong and Jim van den Heuvel: “We remain on title course.”

The GTC Rally around Achtmaal was the fourth event of the 2022 Dutch Rally Championship. The drivers were presented with three loops of four stages that brought the total kilometres to just over 150.

In the opening phase of the event, the differences at the top were minimal. After the first loop, the top 4 were separated by just 3.5 seconds. A mistake by Weijs in SS3 meant that the Ford driver lost eight seconds. He led the rally after SS4 despite the mistake, 1.9s ahead of Jasper van den Heuvel. Bob de Jong and Jasper van den Heuvel’s brother Jim were joint third overall.

Gert-Jan Kobus, the leader in the standings ahead of the GTC Rally, had to retire in SS3 after a crash at the start of the stage which damaged his Skoda.

Weijs controlled the pace at the front as the loop was run in the darkness. He won the rally in the end by 35.2s from De Jong. De Jong made a mistake in SS9 which allowed Jasper van den Heuvel to inherit P2. The roles were reversed in the following SS10 as Jasper van den Heuvel lost 20 seconds and De Jong was back in P2.

“Jim is a title contender, so I could help him by taking a minute of penalty time. But, first I showed again who was fastest on the Power Stage,” smiled Jasper van den Heuvel.

Nick den Braber completed the top 5, just 1.3s ahead of Roald Leemens who made a strong debut with the Skoda Fabia R5. Kevin van Deijne suffered brake problems during the opening loop of the rally and struggled with finding the limits. The top 10 was completed by Lambert Parren, Richard Pex and Ingo ten Vregelaar.

Bob de Jong is the new championship leader after the GTC Rally. The reigning champion is yet to win a rally this season and now has a 12-point advantage over Hans Weijs. Weijs won the opening Drenthe Rally but wasn’t entered for the championship at the time and therefore didn’t score any points for his victory. Jim van den Heuvel is up to third, four points behind Weijs and eighth points ahead of Gert-Jan Kobus who drops from first to fourth.

Next up for the 2022 Dutch Rally Championship is the Visual Art Rally on August 27.