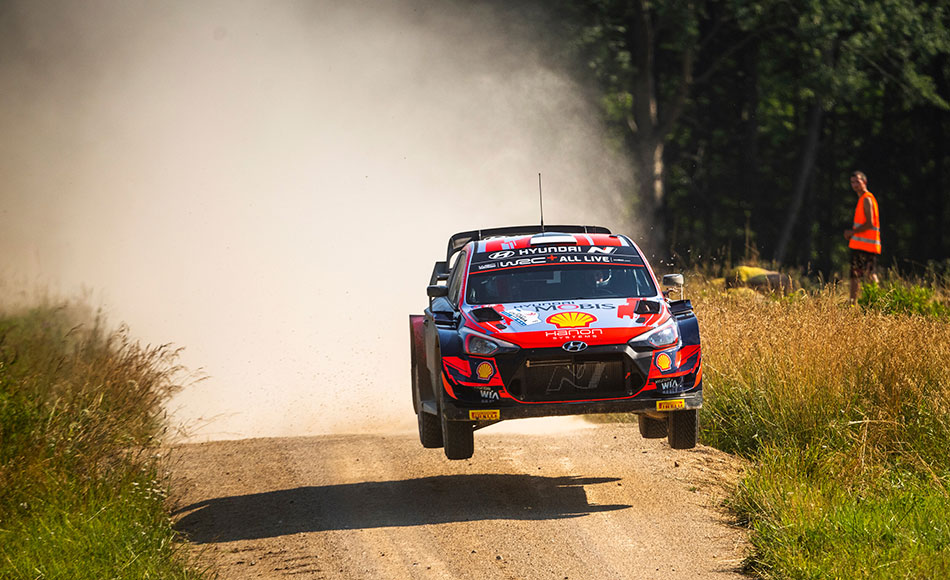 Ott Tänak has retired from Rally Estonia in stage 4 following a puncture in SS3 and an off in SS4.

The Estonian moved up into the lead of his home rally after the opening stage of the day, but got a puncture in the following stage.

He dropped 26.6 seconds to stage winner Kalle Rovanperä but could continue. In SS4 however, Tänak went off into a field and drove away from the stage, parked his Hyundai on an entrance road and stepped out of the car not much later: game over for last year’s Rally Estonia winner.

Craig Breen received an amended time in SS3 as he was impeded by Gus Greensmith’s Ford Fiesta who suffered engine issues at the side of the road. The Irishman moved up into the lead as a result of the corrected time, but was held up by Greensmith again in SS4. “There was a guy in the middle of the road slowing us down, I went into road mode and everything.”

Breen lost 3.5 seconds to Rovanperä despite slowing down. It’s yet to be confirmed if he gets an notional time (again) in SS4 after being slowed down.

M-Sport driver Teemu Suninen dropped over 45 seconds in SS4 due to a puncture. His team-mate Gus Greensmith stopped for the second consecutive stage in SS4 and was forced to retire due to a technical fault.

Thierry Neuville also got a puncture in SS4 and lost 17.5 seconds, which dropped him to fifth overall. “We had a puncture 7km before the end. I had to carry on but we lost too much time.”