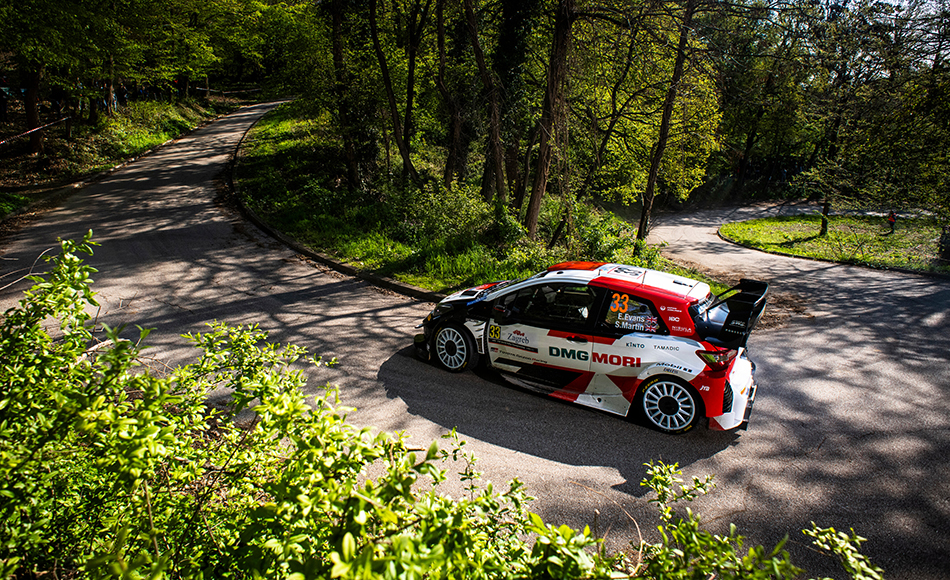 Elfyn Evans posted the fastest time in the 4.6 kilometre long shakedown stage on Thursday morning at Croatia Rally. Last year’s runner-up in the championship was 7 tenths was than Hyundai’s Thierry Neuville. Adrien Fourmaux completed his first shakedown at the top level of the sport as 7th fastest.

After the first pass through the stage, it were the Toyota’s who led the way with a 1-2-3. It was Rovanperä who opened quickest after the first runs. Not for long though, as Evans bettered Rovanperä’s time in his second run. Rovanperä couldn’t match Evans on his second run, but set the exact same time as Evans in his third and final attempt. Evans managed to reclaim top spot on his third run with a 2:45.1.

Thierry Neuville completed one run early and left it late to complete his second and third run. The third run of the Belgian was 0.7 seconds off Evans’ time to claim P2. Neuville’s Hyundai team-mate Ott Tänak was fourth fastest, 2 tenths down on Rovanperä. Reigning world champion Sébastien Ogier was fifth in his Toyota, a second behind Tänak.

Takamoto Katsuta was 6th for Toyota, 7 tenths off Ogier’s pace. Adrien Fourmaux completed his first shakedown as a WRC driver in P7, half a second ahead of his team-mate Gus Greensmith. Pierre-Louis Loubet was ninth in his Hyundai, 0.1 seconds behind Greensmith. Craig Breen rounded off the top 10.

Teemu Suninen, who drives for M-Sport in the WRC2 this weekend, was the fastest driver in WRC2. In WRC3, it was Nicolas Ciamin (Citroën C3 Rally2) who topped the timesheets. Raul Badiu was the fastest JWRC driver in shakedown ahead of the first round of the JWRC-championship.