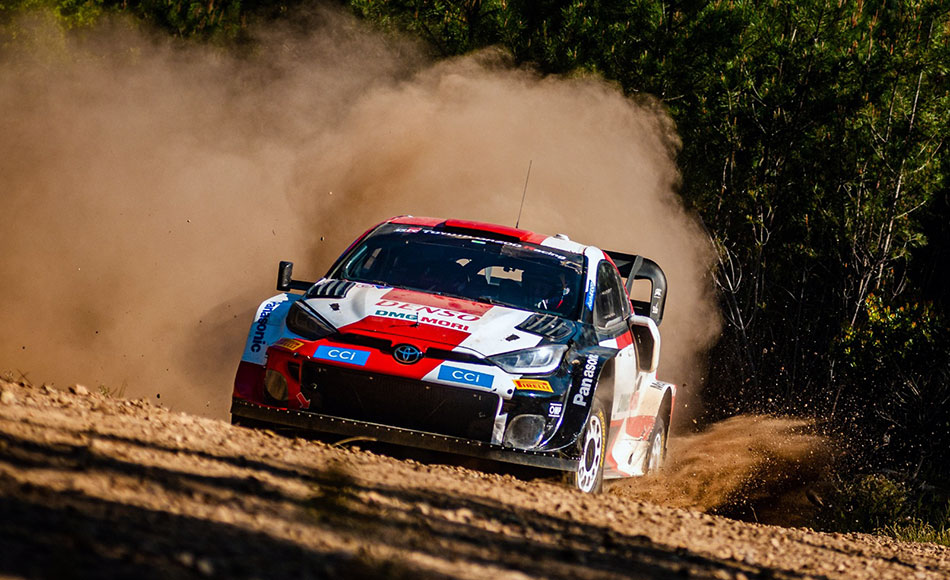 Toyota’s Elfyn Evans topped the timesheets at Rally de Portugal’s shakedown this morning. Rally Portugal, round 4 of the 2022 WRC season, is the first gravel rally of the new hybrid era.

Evans set a 2:56.1 in his third and final run to top the shakedown session 0.4s ahead of M-Sport Ford driver Craig Breen. Ott Tänak was third fastest in his Hyundai i20 N Rally1, three tenths behind Breen and a tenth ahead of his teammate Thierry Neuville.

Pierre Louis Loubet was fifth fastest with his Ford Puma Rally1 despite failing to go faster in his final run. Dani Sordo, who makes his first appearance in the WRC this season, set the sixth-fastest time ahead of eight-time WRC champion Sebastien Ogier. Current championship leader Kalle Rovanperä, who will open the road tomorrow morning, was eighth fastest in shakedown, two tenths behind Ogier and half a second ahead of Gus Greensmith.

Rally Monte Carlo winner Sebastien Loeb rounded off the top 10 in his Puma Rally1, 0.4s behind Greensmith. Loeb will be fourth on the road tomorrow. Sebastien Ogier meanwhile, will be eighth on the road.

Toyota NG (Next Generation) driver Takamoto Katsuta was eleventh fastest, four-tenths behind Loeb and three seconds ahead of M-Sport’s Adrien Fourmaux who was the slowest of all Rally1 drivers this morning.

In WRC2, Teemu Suninen topped the session, 0.5s ahead of Oliver Solberg who competes with the i20 N Rally2 this weekend. WRC2 championship leader Andreas Mikkelsen was fourth fastest in the category. The Norwegian only completed one run.