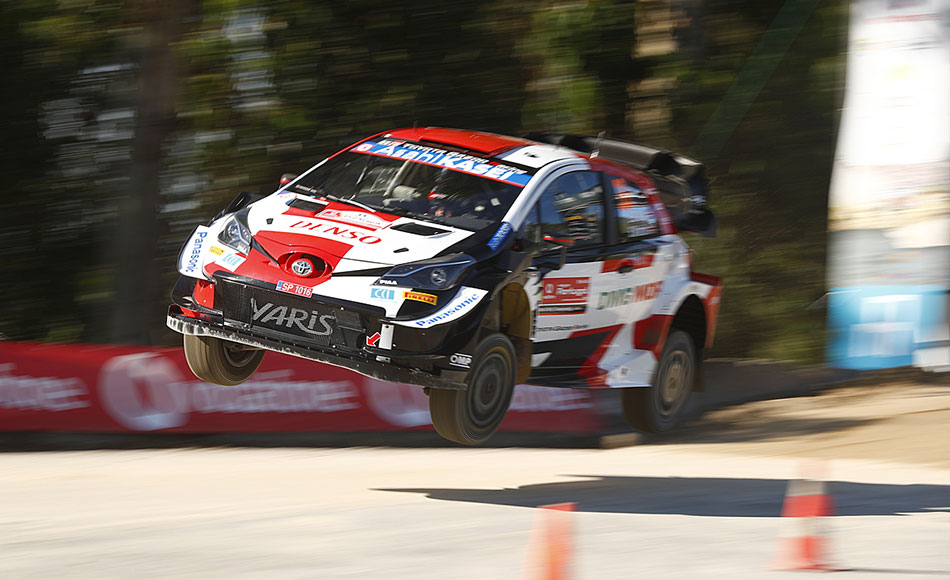 Elfyn Evans topped the timesheets at shakedown this morning ahead of Rally Portugal this weekend. The Welshman completed a late fourth run through the 4.6 kilometre long stage for the fastest time.

Hyundai’s Ott Tänak best time of a 3:06.1 was his third run through. The 2019 WRC-champion did a fourth run, but couldn’t better his time. Kalle Rovanperä was third fastest in shakedown, just 1 tenth of second behind Tänak.

Toyota’s Takamoto Katsuta set the quickest time after the first runs. The Japanese driver managed to improve his time to a 3:06.7, 0.5s behind Rovanpera’s best time. Rally Croatia winner Sébastien Ogier was fifth fastest in shakedown, 0.1s adrift of Katsuta.

Gus Greensmith couldn’t set a time in the first two hours of shakedown due to a technical issue with his Fiesta WRC. The M-Sport team managed to fix the issue which allowed Greensmith to complete three shakedown runs. Greensmith’s best time of a 3:07.1 was good enough for sixth fastest, 0.3s off Ogier’s pace.

Thierry Neuville was seventh fastest for Hyundai, just ahead of Dani Sordo and Pierre-Louis Loubet. Adrien Fourmaux completed a total of seven shakedown runs, the Frenchman’s fastest time was 0.1s slower than his fellow countryman Loubet.

Esapekka Lappi only completed one run this morning, but his time was enough to be quickest of all Rally2 cars. Teemu Suninen set the second fastest time in Rally2 machinery, 4 tenths behind Lappi. Portuguese driver Ricardo Teodósio, who competes in WRC3 this weekend, was the third fastest Rally2 car in shakedown.