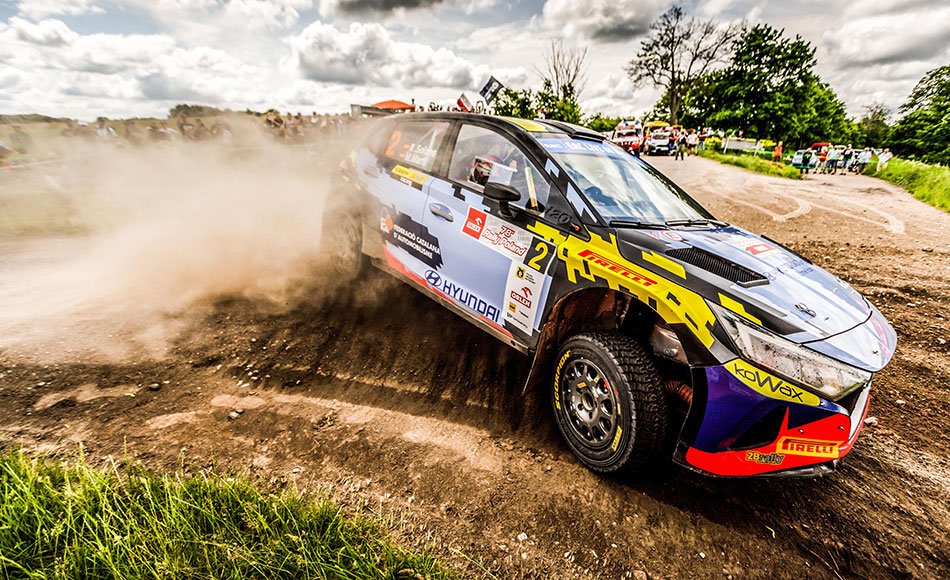 Nil Solans is in need of a strong result at Rally Liepāja this week (1 – 3 July) if he is to keep his FIA European Rally Championship (ERC) title hopes alive.

Solans has won two rallies this season, but also has two non-scores to his name having retired from the previous round in Poland with suspension failure as well as missing the Azores Rally earlier this year.

The championship is far from over – but with drivers able to count their best seven scores from a possible eight – the 30-year-old can’t afford any more slip-ups.

“Everybody knows we have had strong results in the rallies that we have done, apart from Poland where we had to retire. It’s important for us to score maximum points to give us a bit more possibility for the championship.

“It’s definitely not over, but we are not leading and we need a good result to help give us the power to continue.

“We are going to Latvia to take home as many points as possible. Whether it’s a win or a podium, we are just thinking about taking points from Efrén and getting closer to him step by step,” he added.

Western Latvia’s high-speed gravel stages have drawn in a star-studded entry, with several other top-class drivers also hoping to take home the spoils.

Former WRC rally winner Hayden Paddon fields another Hyundai and will treat the event as a warm-up for WRC Rally Estonia next month, while home hero Mārtiņš Sesks has upgraded to a Rally2 Fabia after claiming a string of ERC Open victories in a Kit-specification machine.

Joining Sesks and Llarena in the MRF Škoda squad is Javier Pardo, with Poland runner-up Tom Kristensson also back behind the wheel of a KOWAX Racing i20 R5. Fabia man Simon Wagner – who scored a podium at round two – also features in the entry.

Other names to watch out for include Ken Torn and Luke Anear in a pair of Ford Fiesta Rally2 cars plus Mikko Heikkilä in a Fabia.

The rally starts in Liepāja on Friday evening ahead of two days of action. The 12 stages cover 181.01km.