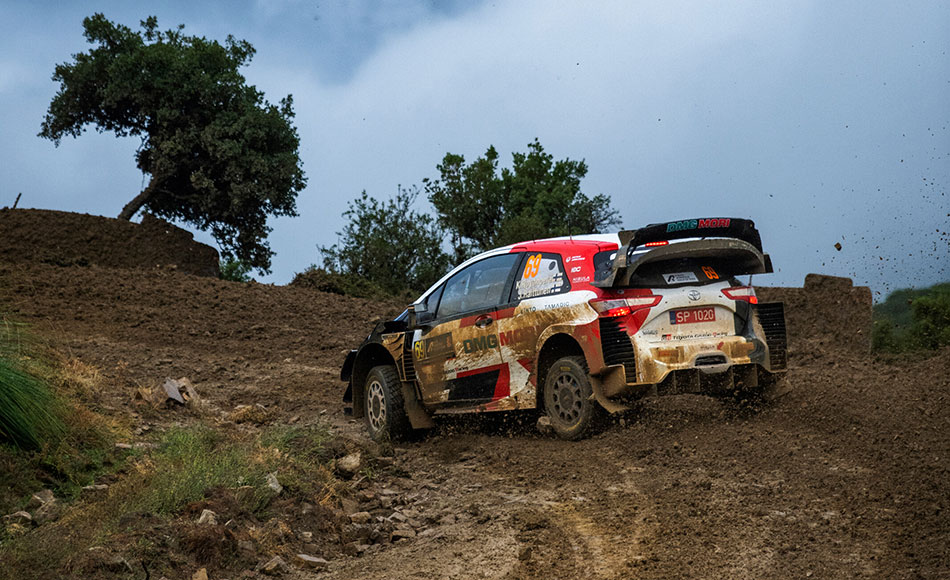 Elfyn Evans dropped over a minute in SS3 as he encountered gearbox problems with his Toyota Yaris WRC. Meanwhile, Evans’ Toyota team-mate Kalle Rovanperä took the lead of the rally.

Evans started SS3 out of position as his Toyota got problems ahead of the stage. As a result, Evans was 4 minutes late at the Time Control and received a 40-second penalty before starting the stage. In the stage itself, Evans lost over a minute and dropped out of the top 10. “We need to go and see if we can sort something.”, said the Welshman at stage-end.

Kalle Rovanperä took the lead of the rally after SS3 as he won the stage by 2.1 seconds over Dani Sordo. Sordo moved up to 4th but received a 10-second penalty for a jump start. The Spaniard wasn’t the only driver to jump start as Pierre-Louis Loubet also got 10 seconds added to his overall time for the same cause.

Ott Tänak, who took the stage win of the Friday opening SS2 this morning, set the third fastest time in SS3 and is second overall, 3 seconds behind Rovanperä. Sébastien Ogier is third overall, just 4.3 seconds off the lead despite opening the road and said he is “happy” with his performance so far.

Hyundai’s Dani Sordo is 17.9s (with the penalty) behind Rovanperä and 8 tenths ahead of Thierry Neuville.